Working for Justice in Health Care 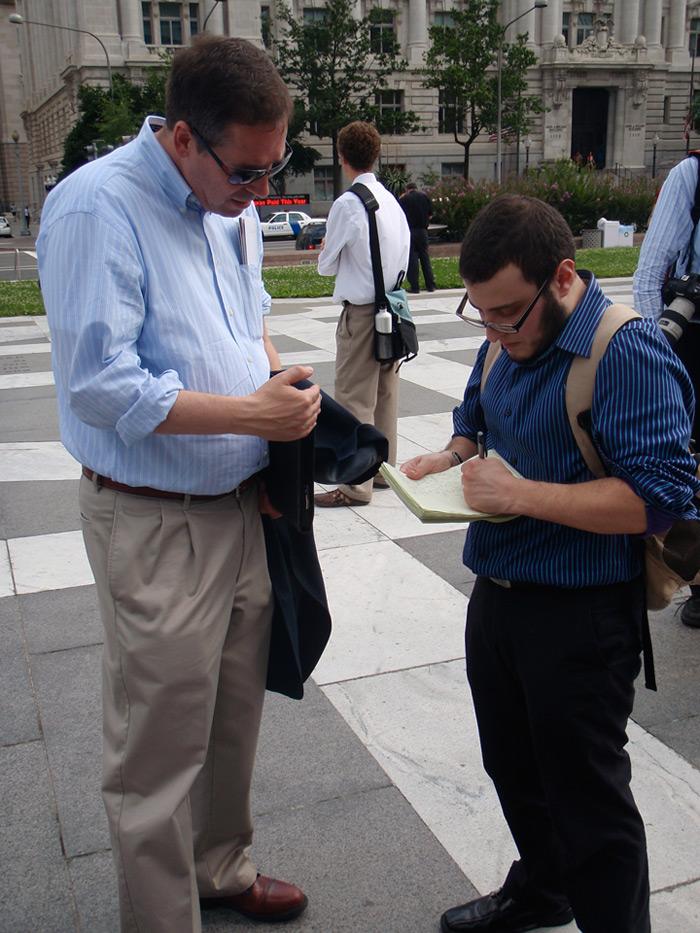 As the healthcare reform debate heats up, citizens can work in solidarity with immigrants to ensure today’s reforms lead to just healthcare system for tomorrow — a system where all members of society have affordable, equitable access to quality healthcare and coverage.

The Center for Immigrant Healthcare Justice (CIHJ) is a national, 501(c)3 organization committed to public education and advocacy in support of eliminating all barriers to affordable, equitable access to the healthcare system for immigrants. CIHJ works in solidarity with immigrants, and invites citizens and immigrants to work together for systemic change and universal access to healthcare for all members of society.

Here’s how you can help! Visit CIHJ’s web site to sign the Solidarity Statement and show your support for immigrant inclusion in health reform. You’ll receive updates from CIHJ with information about how you can help ensure immigrants have equal and affordable access to quality healthcare.

Working in Solidarity to Achieve Healthcare for All

Based in St. Louis, Missouri, the Center for Immigrant Healthcare Justice is a non-profit, non-partisan organization working toward equitable and affordable access to quality healthcare for the U.S. immigrant population. Executive Director Kevin Minder formed the Center in 2005, after earning a Doctorate in Sacred Theology from the Pontifical University of St. Thomas Aquinas in Rome. His studies focused on a five-year bar that prevents most lawfully residing immigrants in the U.S. from receiving federally funded public health coverage (Medicaid and CHIP), should they fall into poverty. This means that legally permanent residents — those immigrants who “followed the rules” in coming to the United States, and who work and pay taxes just like every other American — are ineligible to receive Medicaid during their first five years living in the country. The five-year bar was instituted in 1996 welfare reform legislation, and since then millions of low-income immigrants — men, women, and children — have been denied access to public health coverage they would otherwise be eligible to receive. CIHJ is committed to educating the public about this and other obstacles to healthcare for immigrants, working to eliminate such barriers, and promoting the right to healthcare for all members of society, regardless of status.

The United States is the only industrialized country that does not recognize and secure a constitutional right to healthcare. CIHJ seeks to build public consensus that healthcare is a public good to which every member of society should have access, in contrast to the current U.S. system, which treats healthcare as a commodity that is subject to the whims of the free market. The Center’s work is grounded in the principle of solidarity: how a society treats the rights of all its members affects society as a whole. The Center believes a network of educated, engaged citizens and immigrants, working together to advocate for the right to healthcare for the most vulnerable members of our society, can help secure universal access to healthcare for all. To date, the Center has collected over 3,000 signatures in support of its Solidarity Statement, and more than 60 organizations and religious communities have endorsed it.

The statement is simple: “We believe that every person possesses a right to healthcare, regardless of his or her status in society. We further promote that society has a duty to provide access to affordable and equitable healthcare for all.” To show your support for this statement and learn more about CIHJ’s work, simply go to www.cihj.org and click “Sign this statement.”

President Barack Obama’s decision to prioritize health reform has paved the way for substantive action at the federal level not seen since the 1990s. This growing momentum for comprehensive reform presents CIHJ and its supporters with a unique window to advance equitable and affordable access to healthcare for the U.S. immigrant population.

Already in February 2009, Congress passed and President Obama signed the Children’s Health Insurance Program Reauthorization Act of 2009 (CHIPRA). The law is an important step toward providing coverage for millions of uninsured children and ensuring quality care is available to every child in the United States — including lawfully residing immigrants. CHIPRA included a provision giving states a new option to use federal matching funds to provide Medicaid and CHIP coverage to lawfully residing immigrant children and pregnant women, without a five-year waiting period. As of May 2009, as many as 23 states were providing some form of state-funded CHIP and/or Medicaid coverage for immigrant children and pregnant women. [link to http://www.kff.org/medicaid/7915.cfm] Now, these states can begin receiving federal matching funds to help cover these immigrants without a five-year waiting period, after notifying the Centers for Medicaid and Medicare Services. States that did not previously provide state-funded Medicaid and CHIP for immigrant children and pregnant women can also now receive federal matching funds to begin offering this coverage, should they choose to do so. Since CHIPRA passed, at least three states that did not previously provide this coverage — Iowa, Colorado, and Rhode Island — have succeeded in eliminating the five-year CHIP and Medicaid waiting period and are taking steps to provide much-needed health coverage to low-income immigrant children. CIHJ will be working with its solidarity network to help ensure that other states do the same.

While some progress has been made in covering immigrant children and pregnant women, most other lawfully residing immigrants remain ineligible for public health coverage, and this population continues to face high rates of uninsurance. In fact, a recent Kaiser Family Foundation issue brief estimates that 63% of nonelderly immigrant adults living in the U.S. for less than five years are uninsured.  The current healthcare system depends largely on employers to provide health insurance to their workers; however, many recent immigrants work in industries that do not offer this benefit, and they often face lower rates of job security. Faced with limited employer-based health insurance options, and ineligible to receive federally funded Medicaid for five years, many working, tax-paying immigrants quickly run out of affordable options for coverage.

The five-year Medicaid bar is an arbitrary, unjust barrier for low-income immigrants struggling to provide adequate health coverage for their families. The goal of comprehensive health reform should be to provide every member of society with affordable, equitable access to healthcare. But unless Congress takes steps to ensure immigrant inclusion in health reform, many lawfully residing immigrants could remain uninsured or have restricted access to public health coverage. Congress should be working to eliminate barriers to healthcare, not to create them. If policymakers retain or enact restrictions on access to public coverage, low-income immigrants struggling to provide adequate healthcare for their families will continue to face unjust obstacles to doing so.

Members of Congress are back in DC, and now is the time to make sure they hear from constituents who support immigrant equity in health reform. Please contact your elected officials and urge them to eliminate the federal five-year Medicaid bar for lawfully residing immigrants, and to require states to provide Medicaid and CHIP coverage to this population without a waiting period. Please also ask them to ensure lawfully residing immigrants have equitable access to the proposed “Exchange,” including subsidies, without waiting periods. By working toward immigrant inclusion in health reform, Congress can help ensure all members of society have affordable, equitable access to quality healthcare and coverage.

About the authors: Laura Weis is Assistant Director at the Center for Immigrant Healthcare Justice and helps coordinate CIHJ’s public education and advocacy efforts. She can be reached at weis@cihj.org. Libby Fischer is an intern at CIHJ working on research, writing, and organizational outreach.

In addition to CIHJ, check out these helpful resources on immigrant equity in health reform:

The Century Foundation, Health Beat Blog — Health Care for Immigrants — When Insured, They Help All of Us