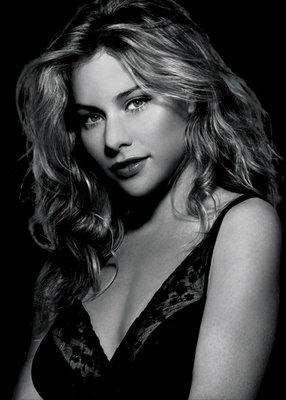 Already pulled ahead of the crowd, Meital Dohan was the sexy rabbinical scholar Yael Hoffman on the Showtime hit "Weeds" and a two-time Israeli Oscar nominee for her performances in "God’s Sandbox" and "Giraffes". She won the Israeli Tony for Most Promising New Actress for her work with the renowned Cameri Theater and was a principle star in the Israeli Emmy Award Winning "Ugliest Esti" - the Israeli "Ugly Betty" .

Currently Dohan stars as Aurora in "Woke Up Dead", the new zombie comedy series starring Jon Heder, and she also stars in Monogamy opposite Chris Messina and Rashida Jones, which just premiered in the Tribeca Film Festival.  Her current projects include working on several feature films in multiple capacities - as an actress, screenwriter and producer.

Not only is Dohan an accomplished actress, but she is also the spokeswoman for Artists 4 Israel which is sending the urban artists to Sderot and Kiryat Gat where over 10,000 rockets fired from the Gaza Strip have hit Israel.The goal is to beautify these two cities so ravaged by war and terrorism and give the traumatized children of the region artistic tools to fight despair. Their mission is called the Murality Project, joining the words “mural” and “morality” to evoke justice through art.

Asked about her work with Artists4Israel and their work which hopes to create change through the arts, Dohan had this to say:

Q: How did you get involved with the Artists4Israel cause?

A: I was approached by them and once I learned more about their cause, I, of course, wanted to be involved and lend my support.

Q: With so many different causes out there, what attracted you to this particular one? What about Artists4Israel makes what their doing unique?

A: Artists4Israel is unique because it is not taking a political or religious stand, but rather it is using artistic expression as a vessel of peace. It is also interesting that non-Jewish Graffiti and street artists are investing their time and energy into this because it gets at the heart of their mission. It’s not about Jewish, Muslim, Christian, Palestine, or Israel. It’s about recognizing that a change needs to happen within and we can use art as the medium to begin this change and fight terrorism all over the world.

Q: How do you see the relationship between your film work and philanthropic work such as this one?

A: I try to always challenge myself and pursue projects that are culturally relevant and have an undercurrent of meaning beyond what is on the surface.

Q: Do you think all art should be political or socially conscious?

A: Well, we could delude ourselves and say “yes,” but the truth is that we live in a capitalistic culture where most of the images on screens are driven by how much money they can make, not how many lives they will affect. Ideally, there will a stronger push in the media for more socially conscious content. Although, I am also drawn to relationship and psychologically driven projects as well.