Green Jobs on the Rise 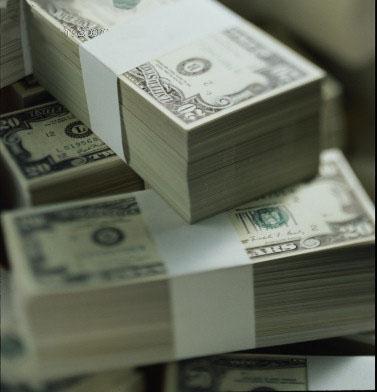 We asked Mark Butkus of Green Works Link to start us out with a tutorial on the Green Life and  teach us some basics...he graciously agreed. So, here's what Mark sent us:

So you want to save the planet and make some money doing so. The recently released Carbon Salary Survey is a good resource to see what green professionals are saying about the work they do and the duties they perform.

The survey, conducted in English, was distributed online and via email to the professional networks of the three research partners: Acona; Acre Resources and; Thomson Reuters. World-wide, nearly 1,200 participants replied to the survey through April of this year.

”This is the first time in history that this number of climate change professionals has been surveyed in relation to the carbon job market,” says co-author Andy Cartland, Managing Director, Acre Resources. “The ultimate example of the emerging pale green job market is the demand we’re seeing for top level professionals, such as CEOs, who understand the commercial opportunities that are emerging both through legislation and stakeholder risk. It is interesting that 20 percent of the survey respondents consider themselves to be in ‘management’ roles “proof that the mainstream economy is greening.”

Co-author Paul Burke, Senior Partner, Acona adds that,”many of those working in the sector may be able to find equally well — if not better — remunerated jobs elsewhere. That they continue to work in the sector suggests a considerable degree of personal commitment to and interest in the subject matter.”

Show me the Money
As Burke states, remuneration is good. The survey found that the average salary of green professionals was $76 000. Three percent stated that they earned more than $200 000. Longevity in the field of climate change also directly impacts salary levels. Respondents with more than 10 years experience command salaries twice that of those with less than two years experience. Over half earned between $40 000 to $100 000. For those starting out, hook up with a company. Consultants earn approximately $10 000 less than in-house company employees.

Unfortunately there is no pay equity in the environmental sector and women earn approximately 75 percent of a male counterpart's wages. The gender gap is closed somewhat in professions with a historically high female workforce such as in public relation, marketing, and media services.

Conversely, the pay gap was larger in engineering, construction,consultancy and advisory sectors.

On the bright side, according to anecdotal evidence, the gap is narrowing. “At my first conference, there were only a handful of women i n attendance,” says Lucy Mortimer, Global Manager Clean Development Mechanism and Joint Implementation Business, TFS Green. “The market has changed considerably since then — half my team is female, and most broking firms and banks in carbon have women working for or leading the teams. At a recent “Women in Carbon” event, there were over 150 women in attendance, with an invitee list far higher.”

Maybe it is just a case that the green market is a new market but eight in ten respondents stated that they work in teams of ten or less. Twenty percent of these team players indicate that they are working at their first full-time job. Upwards of 60 percent state that they had never worked in climate change before their current employment situation.

Sectors to Watch
With many companies and organizations coming to grips on how best to deal with environmental concerns it is not surprising to learn that the highest proportion of survey participants - 34 percent - worked as consultants. Renewable energies and technologies along with the financial and legal services account for a combined 26 percent of respondents. In Africa, charities and work in the public sector ranked second.

”The climate change industry in Africa has become increasingly diverse in the past two years and the maturity of the market is starting to show,” says Rob Ashdown, Clima te Change Principal Consultant Merchantec Capital, Johannesburg. “I would therefore anticipate that in future surveys we will see a higher representation from the African continent in these sectors.”

While energy efficiency and clean development mechanism and joint implementation project development scored highly in all geographic regions, solar and wind energy schemes were more likely to occur in North America and the UK.

A Highly Educated Workforce
In general, respondents to the survey were highly educated individuals. All but four percent had a university degree with one quarter earning their bachelor's in a climate change field of study. More than two-thirds of respondents had a second degree but curiously less than ten percent had professional climate change qualifications.

”It has been estimated that a further 5000 engineers will be needed to upgrade the national grid in the UK alone, thus enabling renewable generators, such as wind farms, to connect,” says Sharon Kelly, HR Director Mitsubishi Power Systems Europe Ltd.”Engineers are going to be absolutely fundamental to new technology such as CCS (Carbon Capture and Storage), which is part of the EU's 2020 climate change package, and I anticipate attractive remuneration packages to those involved in the successful commercial deployment of CCS.”

Green People are Happy People
A mind-boggling three-quarters report satisfaction with their job. This level of personal fulfillment is even higher in the utilities and industrial segments of the market. These levels of satisfaction are a good omen for those hoping to enter the market and also allow companies to breathe a sigh of relief knowing that their workforce is a happy workforce.

Green professionals are also an optimistic lot - how could they be anything but - as more than two-thirds believe that job security is the same now or better than it was one year ago.

The Green Crystal Ball
”The Carbon Salary Survey underlines that there is a transition underway across a range of professions and livelihoods as part of an employment revolution — one that will undoubtedly accelerate if governments at the crucial UN climate convention meeting in Copenhagen, in just over 180 days time, seal the deal on a scientifically defensible, economically sound and equitable agreement,” states Achim20Steiner, UN Under-Secretary General and Executive Director, United Nations Environment Programme. “This will bring certainty to and an expansion of the carbon markets, and catalyze further investment in the $155 billion renewables markets. Indeed UNEP, the International Labour Organization, trade unions and employers groups estimate that employment may rise to 2.1 million in wind, 6.3 million in solar photovoltaics and 12 million in biomass-related industries by 2030.”

There is a lot of green to be made by being green. The carbon emissions market - worth $126 billion in 2008 - has grown exponentially since 2006 and analysts forecast a market value that exceeds $1 trillion by 2020.

Mark Butkus has been writing about the environment for close to 20 years in various capacities through government agencies and NGOs. His interest is in the well being of our planet. Change is being enacted. Solutions are being developed. Green Works Links is working to help promote these efforts.