Last Fall, we had a visit with friends in South Carolina. There is an area in the scenic northwest part of the state, not far from the Greenville/Spartanburg area, that is so pretty it looks like this everywhere... 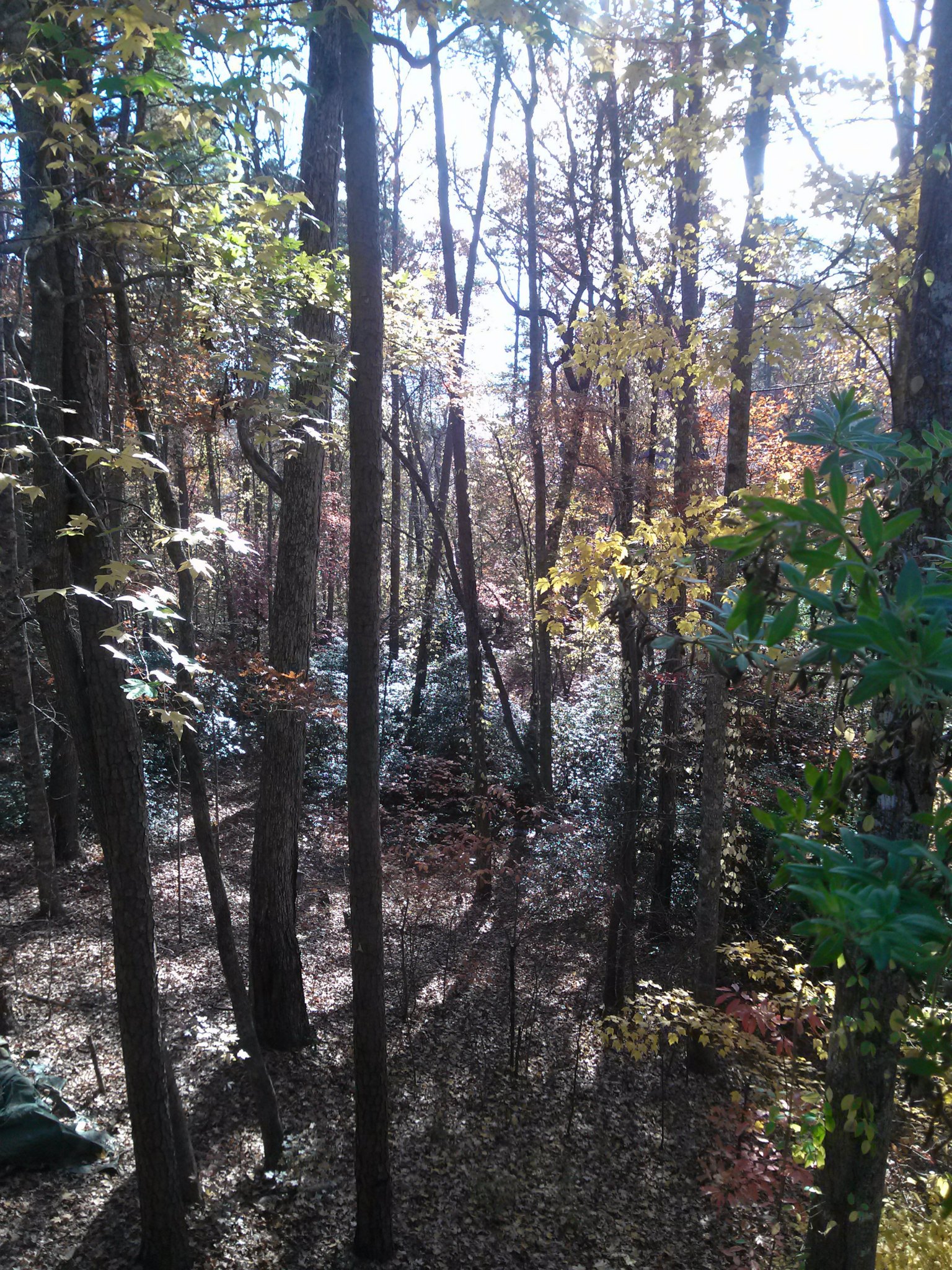 With so many waterfalls, you can't even imagine. Waterfalls that look like this one.

This is Isaqueena Falls. If you could blowup the photo at the top, you would see a man in bluejeans and a cranberry top behind bushes. One of the people in our travelling party! It would give you an idea of scale and how we all felt grateful when he decided NOT to descend to the bottom of the Falls. There are about 55 waterfalls in close proximity in this area. It's gorgeous! 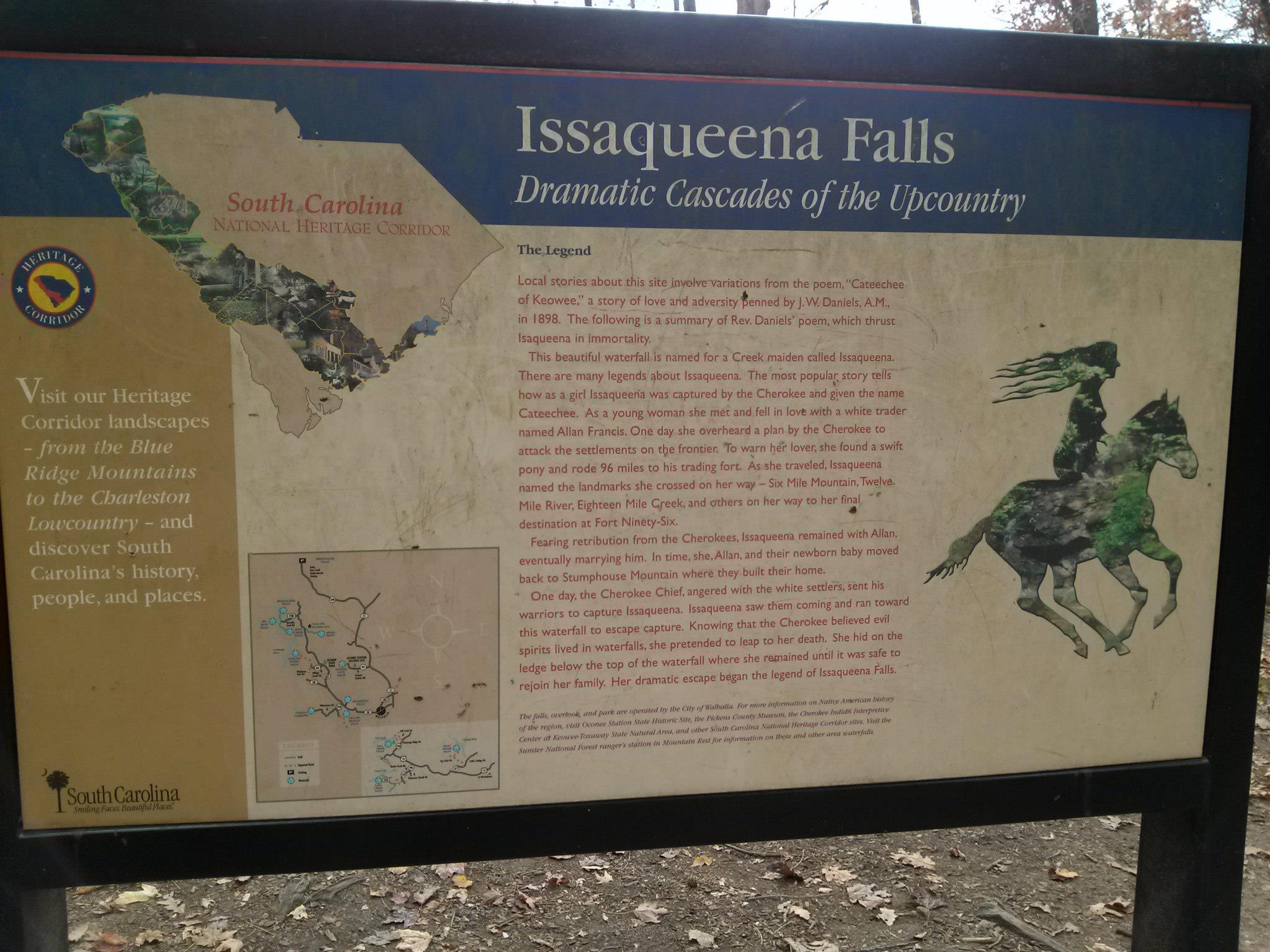 Our hostess had planned some nice field trips for us. One afternoon, when we were exploring the area, we visited Ram Cat Alley in Seneca and walked a couple of blocks checking out the stores there. We were in a great antique store, Porta Portese. I found an etched hurricane and a beautiful tray that I used for a centerpiece over the holidays.

When I went to pay for the two things, the cashier had just sat down to have her lunch. It looked delicious and I asked her what it was. "Evelyn's Chicken Pot Pie Soup" she said. Evelyn Owen, the cook/proprieter, just happened to be next door in her restaurant, through a door between the two shops. So, together with the ladies shopping with me, we went next door and ordered tea and a bowl of Evelyn's Chicken Pot Pie Soup. It was delicious!

Evelyn calls her place "Circa 1930 Eclectic Dining". It is in a building named Tannon Hall at 112 Ram Cat Alley, Seneca, South Carolina, and it has an interesting history dating from the late 1930's. When construction was halted temporarily during The Great Depression, the foundation had been poured and was used as a swimming pool for the town children, something fondly remembered by old-timers from that generation. The original wood floors and tin ceilings contribute to the charm of Tannon Hall making it feel like the antique that it is. 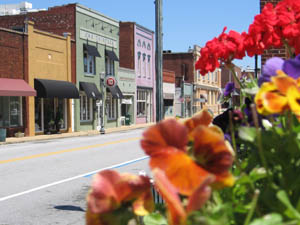 After lunch, I asked the waitress to please tell the chef that we loved the soup. The waitress told us that it was Evelyn cooking. When she went to tell Evelyn, Evelyn came out to meet us. She was happy that we liked her soup and turned to go back to the kitchen saying "Wait, I'll get you the recipe."

There were five of us that day at the restaurant, all women, and we were pretty astounded that Evelyn would just hand off her recipe. When you are from a big city, and we are all originally from Chicago and suburbs, nobody gives out their recipes, or rarely anyway. It's their lifeblood. So, here below, courtesy of the warm Southern hospitality we so often hear about, and the generous Evelyn Owen is Evelyn's Chicken Pot Pie Soup as she wrote it originally, now she has made some changes which are described below...and I added the changes I made below, too. There is no "Cooking Light" version of this recipe but I can imagine one. As Evelyn has created this Chicken Pot Pie Soup, it is easy to put together and can be done pretty quickly if there is unexpected company.

SAUTEE ONION AND CELERY IN BUTTER OR OLIVE OIL

Add chicken stock if it gets too thick...

Evelyn said that when she first made this, she used the cans of Veg-All but now she uses frozen vegetables. So, when I returned the Chicago area and made it, I first emptied the cream of celery soup can and used that can to measure frozen vegetables. When I replaced the Veg-All with frozen vegetables, I looked for frozen mixed vegetables that had potato included in the mix because the Veg-All had potato in it. For the biscuits, I bought the small refrigerator biscuits and baked them. I didn't use the cheese at all, and I cut the butter in half...it was still delicious. When I served it, I did it the way Evelyn served it. Put the biscuit in the serving bowl and poured the Chicken Pot Pie Soup on top of it. Everyone loved it.

Thanks, Evelyn, for the gift of this recipe, one of the highlights being in South Carolina and experiencing the Southern hospitality of you and Seneca on Ram Cat Alley!