The Dream of Democracy 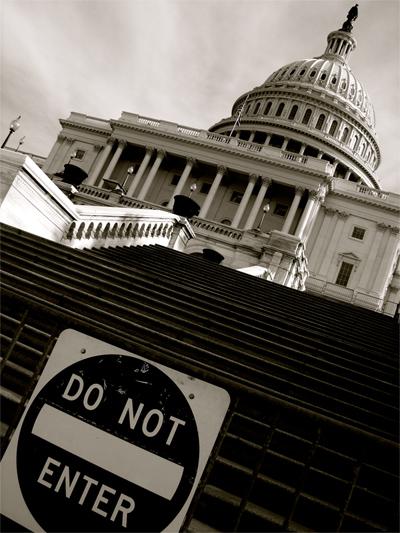 Democracy is lauded on a regular basis in the US, but how is it working for us? To Americans, the alternatives to democracy range from distasteful to abhorrent. How many times have we ever heard of a benign dictatorship? Or of governing royals free from clinical dysfunction? But, how is our chosen model working? US foreign policy makers often seem intent on imposing it on other peoples in faraway lands whether they are ready for it or not. It's not as if we don't have our problems living in this system in the current climate. In Illinois, for instance, in recent years we have had big problems. We have borne the brunt of jokes internationally with our recently unseated, allegedly corrupt, governor. A Governor rumored to be corrupt during his first term but slated anyway for a second term by a political machine. Coping with corruption, alleged or real, takes time and resources away from essential responsibilities and tasks of government, problems and their solutions are neglected, resources are misdirected, and what remains of our smoothly functioning and predictable system of government we have is derailed.

Just ask the countless people suffering from unexpected car problems this year because of all of the unanticipated damage from potholes resulting from this past severe Chicago winter. Where are the funds for repairs? Governments at every level are nearly bankrupt. Potholes in Chicago streets are unprecedented. Car damage is a common occurrence from tires hitting these uneven and unseen craters. One resident was interviewed on the news complaining about the condition of the street on his block and a City official interviewed responded “No one reported those potholes.” Since when did responsibility for quality control and street maintenance of the Office of Streets and Sanitation become the responsibility of residents? Now evidently besides pumping their own gas, sorting and recycling, calling the Do Not Call Registry once a year to keep nuisance sales calls at bay, paying our state and federal taxes, policing our neighborhoods, and a litany of other responsibilities for the working stiff, we have to add the job of monitoring the conditions of our streets to the list.

Here in Oak Park, Illinois, we have a population of about 50,000. It is a population with a formal education above the national average. This Spring, in our most recent election, only about 6,000 people voted. That amounts to 12% who avail themselves of “democracy” to live their lives. So, the organized political machines continue to rule uninterrupted. Municipal government is responsible for our lives each day as we walk out the door, pavement, streets, safety. It couldn't be more applicable to our daily lives. This level of government most directly impacts our lives. You'd think so anyway. 12% is not much of a testimony. It is the only evidence we have at hand on how much some “educated” people value their right to vote, our own town's local election.

There are other issues in Camelot. The utopia envisioned for us by urban planners never seems to become a reality anywhere in the world unless you are an investor with unlimited funds in Dubai. Our cities instead are more likely to become the dystopia of development plans driven by monied interests with political clout through machine candidates. Buildings go higher and denser, lot line to lot line brick and mortar, “human filing cabinets” as one sociologist describes them, with scant to no open space for recreation or communion with nature. There is always disproportionate celebration and gratitude for the creation of what always seems to quickly become an over-utilized tot lot at the end of a block in a crowded neighborhood. Typically, only the poor, students, and altruists ride public transportation where crime has recently increased thirty percent locally because of economics and social conditions.

Amazingly, we have become a country with lobbies based on sexual orientation, lobbies vying for power, political office, and control of government. Across the nation, people seem hung up on sexual orientation and at odds over the rights of people differently oriented sexually from themselves. Differences are emphasized instead of commonalities and in this fight, citizens seem to forget basic fundamental rights of individuals have nothing to do with sex. It gets ugly. It wastes precious time and resources. The battles make the news. You can see the fight from a liberal or conservative perspective varying with the station. The NEWS, something to avoid before bedtime if you want a good night's sleep.

Casinos and prisons were becoming two of the fastest growing industries in the nation prior to the economic downturn, always with the positive press that they will create jobs, never with the social and economic cost truly calculated for public consumption. Hurricane Katrina victims still suffer from that catastrophe and repair and help is still needed. We have the highest unemployment rate in twenty-four years. Flooding victims along the Mississippi still suffer displacement and loss. We have unprecedented rates of bankruptcy and foreclosure. We have wasted precious natural resources and been the worst overconsumers of the world's resources in recorded history. As a result of our unconscious consumption, the environment has been adversely impacted. There seems to be need on every front. Health care?! Where do we start?

The US self-righteously makes statements about human rights abroad while we have serious human rights issues at home. We need to get our own house in order. We are like the do-gooder of the neighborhood, the do-gooder in the world community, out in the world minding everyone else's business while our own home is in disarray. Ahhh, it makes a head swim, we're a mess. Don't get me wrong. I know how fortunate I am to be in a country where I can write freely and have the opportunity to pursue a dream. But sometimes we just have to take an honest inventory of our state of affairs. And yet, it does amount to awful-izing. I can't give up the conviction I have that we can do better. Do we bury our heads in the sand or do we take stock of our situation and feel buried in the enormity of it all?

One author who is no doubt one of the most important writers for women of our time wrote an essay, operating instructions for us in times like these. She says,

”My friends, do not lose heart. We were made for these times. I have heard from so many recently who are deeply and properly bewildered. They are concerned about the state of affairs in our world right now. Ours is a time of almost daily astonishment and often righteous rage over the latest degradations of what matters most to civilized, visionary people.

You are right in our assessments. The luster and hubris some have aspired to while endorsing acts so heinous against children, elders, everyday people, the poor, the unguarded, the helpless, is breathtaking. Yet I urge you, ask you, gentle you, to please not spend your spirit dry by bewailing these difficult times. Especially do not lose hope...most particularly because, the fact is that we were made for these times. Yes. For years, we have been learning, practicing, been in training for and just waiting to meet on this exact plain of engagement. ...Look out over the prow; there are millions of boats of righteous soul on the waters with you... One of the most calming and powerful actions you can do to intervene in a stormy world is to stand up and show your soul....When a great ship is in harbor and moored, it is safe, there can be no doubt. But that is not what great ships are built for.”

”We Were Made for These Times” by Clarissa Pinkola Estes can easily be found in its entirety online. Our thanks to her for this inspiration.