Chicago Holds a Candle for Healthcare 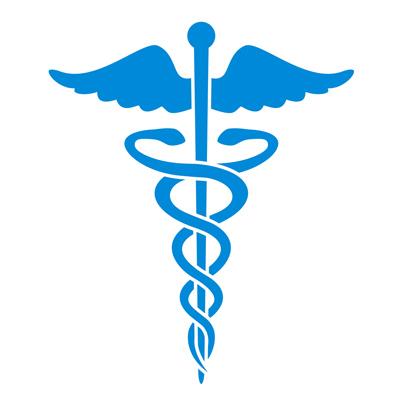 Good evening.  My mama always told me that you can tell what type of crowd you’re standing in front of by the way they greet friends or by the way they greet strangers when they greet you.  So, let’s try that again — good evening!  Now, that’s more like it.  You all would do my mama proud. My name is William McNary and I am the Co-Director Citizen Action/Illinois and a proud member of Health Care for America Now; soon to be renamed Health Care for America Right Now!  At Citizen Action/Illinois we always say that there are three kinds of people.  There are people who make things happen, people who watch things happen and people who don’t know what’s happening.  I can’t think of any place in the world that I would rather be on a Wednesday evening than right here in the greatest city in the world, Chicago, hometown of the President of the United States Barack Obama, in crowd of aggressive progressives.

People who are not just content to spectate or speculate or postulate or pontificate about life, but people who are active participants in the movement for social justice and social change. I truly believe because you all are gathered here this tonight, people will live longer, people will have more health care choice, healthcare will be more affordable and people will all enjoy a higher quality of life Because of the work of that we advocates and activists in general and Move On.org in specific that are gathered here have done, are doing and most of all what y’all are getting ready to do.  Y’all ready for high quality, affordable health care for all.  Well, let them hear you all the way in the Washington, D.C. and so starting tonight, this is your moment.  This is your moment to go to your Congresspersons and Senators and speak up on behalf of the majority Americans who are behind you.  This is your moment to speak up on behalf of the 3 out of 4 Americans who want you to succeed.

And you tell them what we need quality health care that is affordable and offered to all.  And you tell them we need a choice of a public health insurance plan. Our opposition is united and they are all fighting together to oppose real health care reform because they are doing very well, thank you; profiting very nicely, thank you, under the current arrangement that puts profits before people.  How many of you know H. Edward Hanway.  He is the CEO of giant Cigna Insurance Company.  He made $12.2 million last year.  That’s $5,883 per hour.  He made 30 times more than the CEO of the United States, President Barack Obama.  He made more money in a day than the average working stiff makes all year long.  And when he retires, he’ll get a golden parachute worth another $73 million.  And that’s why the private insurance companies are fighting us so hard.  Not because it will drive them out of business, but because it will change the way that they do business.

Well we’ve got a message for them.  No longer can we be held hostage at the mercy of the private health insurance companies denying coverage if you have a preexisting condition, raising your premiums if you get sick, canceling you out altogether if you get too sick, chasing the youngest and healthiest person who can afford to pay, making it harder and harder to get their product the more and more you need it.  People have enough to worry about here in America; keeping their job, or finding a job or paying their rent or their mortgage or making ends meet.  We need a choice of a public health insurance plan as a guaranteed backup with good benefits, at a price people can afford so they never, ever again, in America, have to worry about getting the care that they need.

So, if it’s good enough for them, (it’s good enough for us). Health care is a right that should be guaranteed to all, not a privilege just for them.  So stop being an incrementalist!  Stop being an obstructionist!  Give us a choice of public health insurance plan that’s affordable, comprehensive, equitable and covers us all, now!  Now! Quote: “One of the most shameful things about modern America is that in our unbelievalbly rich land, the quality of health care available to many of our people is unbelievably poor, and the cost is unbelievably high.”   The late Senator Ted Kennedy what distinguished Senator Kennedy’s values from the political mainstream was not just his support for a set of progressive policies, but his willingness to take risks and fight for what he believed in and whether the issue was health care or education or inequality, Senator Kennedy’s moral clarity projected an au-then-ticity that appealed to Americans across the political spectrum.  To the Kennedy family, we offer our condolences on the loss of your patriarch.  To the progressive movement, we offer our condolences on the loss of our champion.

I was at a health care rally last night in Columbus, Ohio organized by our Ohio affiliate and Organizing for America and others. There were 40 or so detractors.  There were over two thousand, three-hundred health care now supporters.   And I shared the stage with Senator Sherrod Brown who served on the Senate Health Care Committee which has passed out a bill.  And he fired up the crowd by telling us how the late Senator Kennedy asked him to draft the bill’s public health insurance option.  And I’ll quote Senator Brown.  “I know the public option is going to work and the public option is going to be a part of the health insurance bill!” So tonight let us rededicate ourselves to Senator Kennedy’s concerns, so that his hopes his dreams and his work will live on in us. My Sisters and Brothers this shouldn’t be about scoring political points.  It is bigger than partisan politics.  This is not just about Washington lobbyists and insiders.  This is about you.  This is about us.  This fight defines who we are as a nation.  Whether we reduce this battle to “I got mine, you get yours.”   Or whether we reaffirm our basic American ideal that we are responsible for ourselves and we are responsible for one another.  I am my Brother’s keeper; I am my Sister’s keeper.

Every major social advance is surrounded by controversy.  And now, just like then, as the battle for health care reform is being fought, truth is often the first casualty.  Our opponents called Social Security “a big government takeover” when it was proposed in 1937.  They called Medicare “socialized medicine” when it was proposed in 1964. When Dr. Martin Luther King led the fight for freedom and equal rights, some people opposed him because they thought he was too radical.  Others thought he was moving too fast. I wasn’t there when the freedom marchers crossed the Edmund Pettus Bridge in Selma, Alabama which led to the Civil Rights Act and the Voting Rights Act.  But ask anyone who was there and lived to talk about it.  Their eyes well up and they speak of that moment with great pride.  Well I submit to you my Sisters and Brothers that this is one of those historic moments.  A moment when our future generations and historians will look back on this day and wonder how anyone could have been opposed to ending our status as the only nation in the industrial world that does not guarantee quality health care as a human right.  This is a moment that we will be able to tell our children and our grandchildren that had the courage to stand on the front side of history and shape it.

This is your moment.  We will leave the whining to the whiners, the naysaying to the naysayers, the handwringing to the handwringers, the worrying to the worrywarts.  We are here and we are on the verge of making history.  Creating an America that offers high quality affordable health care for all. So let’s get it done.  The political winds are blowing in our favor.  Make September a month to build on and keep up the momentum. Call Congress and demand a choice of a strong public health insurance option Join a phone bank stay informed and become a leader get your friends and neighbors involved we can do this.  We can win. But in order to win it takes three ingredients.  We’ve got to be united.  We’ve got to be passionate.  And we’ve got to be disciplined.  A little bit less Descartes and a little more Harriet Tubman.  A little less “I think therefore I am” and a little more “Let’s walk together children and don’t weary” .

And if we stand together, stay together and stick together, let the record reflect that on this day, Wednesday, September 2nd, 2009, we the people here in Chicago gathered together in the same Park where President Obama gave his acceptance speech and made history by helping the Congress to pass and put on President Obama’s desk a bill that will guarantee quality, affordable health care for all by the end of this year.  This is your moment.  This is your moment.  This is your moment. My Sisters and Brothers, let us move forward in love, not just is word and in speech, but in truth and in action.  Let’s get the job done.